Menu
How to watch video with translated captions

To activate translation, click the "CC" button along the bottom of the video player. Then click the Settings button next to it, select Subtitles/CC, and click on Auto-translate and select the language you want to read captions.

This communication is the result of a collective reflection on the commons undertaken by AFD, the” Land and Development “Technical Committee (CTFD) of French cooperation, and the CIRAD Green team. This work demonstrated that the approach by the commons of the land and the resources it carries are particularly promising when conflicts of interest oppose local populations to foreign investors, when companies are particularly exposed to the consequences of climate change, or when vulnerable populations or territories are neglected The work carried out shows that the commons cannot be reduced to traditional closed communities and based on dimensions such as belonging, identity or heritage. It was based on “making common” in modern society, and open to carry political visions based on a desirable territorial future. The commons then determine the conditions for “living together” based on the economic, social, cultural, and environmental challenges of the territory in which they are located. They can be weakened by an overly centralizing public administration or by market logics based on minimum costs without taking into account social and environmental consequences or exclusive monopolies of resources. Identifying, protecting, making resilient the commons of the earth and the resources it carries, even promoting their emergence, thus requires a change of paradigm and posture. This is what this work has proposed to analyze by highlighting recommendations to people and institutions who wish to promote social and ecological justice in the territories where they operate. It is therefore a communication at the interface of academic work and public policy dialogue. 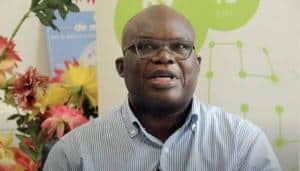 Hybrid water law in Africa: the customary commons in the decolonization of water permit systems (EN)

Investing for social impact or financial returns: Analysis of the effect of Blue growth in fishing communities’ livelihoods in Mtwara, Tanzania (EN)

Herding Decision Making in the Commons of Southern Ethiopia (EN)

Pastoralists’ Governance of Common-Pool Resources: Working toward a Synthesis (EN)

Making waves on the Kunene: the conflict over the Epupa and Orokawe dams (EN)

How agricultural commercialisation is changing, and shrinking, the commons in Africa: Lessons from Ghana, Kenya, and Zambia (EN)

The drama of the grabbed commons: CSR as anti-politics machines and local responses (EN)

Knowledge/Power/Land: A Critical Review of the Land Governance Orthodoxy (EN)

Three horizons for the SDGs: A cross-scale participatory approach for transformative pathways (EN)